The long and short of this article is that I decided that I wanted to change my career path, and I put in the hours to make it happen. There aren't any shortcuts to anything that's worth doing. If you adopt the mindset of a lifelong learner, you'll have many new doors start to open for you, and you may just find that something that you're passionate about.

I always admired those who had the ability to make computers do cool things. It was like some kind of secret society to me. I just wasn't a part of it. I wasn't smart enough to become a computer programmer. My brain didn't function that way.

Or so I thought.

I spent a long six years working in sales. Car sales to be more specific. At the start of my sales journey, I loved it. I was making great money and I quickly realized that the more effort I put into my job, the more I got out of it. I was paid according to what I was worth to the company. It was great for my wallet.

Somewhere around year 3 of sales was when it really hit me. I was not a salesman. Could I sell? Sure. In fact, I was almost always one of the top three sales people month in and month out. Despite the great pay, I was not happy. I was working tons of hours and just feeling mentally drained. It was not a great feeling at all. Everytime I clocked in, things just went grey.

One day, I made the decision that I was going to go back to school. I worked out my schedule so that I'd be able to goto class twice a week and still be taking enough credit hours to be considered a full-time student. I really wanted out of sales, and no one was going to do it for me so it was time to pony up.

I'd Been Down This Road Before

I had already dropped out of community college once before. The first time around, I was fresh out of highschool. I wasn't too sure what I really wanted out of life at that point and needless to say, that stint didn't last too long.

After the second semester started, it was back to square one. Time to get acquainted with my new classmates and professors. I enrolled in a Legal Studies class that seemed really interesting and the professor was highly rated on one of those professor-ranking websites so I wanted to give it a go.

One of the first things this professor said that really hit home, was that she wanted all of her students to "adopt a mindset of lifelong learning". I can't really tell you why that phrase resonated with me so much, but it did. I started thinking to myself about what I really wanted out of life.

"Adopt a mindset of lifelong learning"

There's not too many things that you can't teach yourself in this day and age. Especially if it's computer related. I dabbled quite a bit in digital marketing and some basic web design. But I really wanted to build things on the computer. I wanted to become part of that secret society and speak that language.

My hunger for technology has always been there. It's the itch that working in sales could never scratch. If I put my mind to getting a 4.0 than surely I'd be able to teach myself how to program, right? I wasn't going to let anyone tell me otherwise.

I started to get home from work and stay up until 2am every single day taking courses, creating small projects, you name it. Every waking moment of free time was spent trying to become better at programming and development. I had become a madman. I stopped believing my inner voice that "I just wasn't born to be a programmer" or that "my brain just doesn't work that way", and I decided to choose the growth mindeset path instead. The "the more I work at this the better I'll become" voice is much more pleasant than the alternative.

By nature, I'm a pretty competitive person. I have never encountered an opponent quite like programming. It's the ultimate competitor. Just when you think you've got a concept figured out, you get punched in the face by it and knocked down a peg.

Every day. Every single day - I work towards becoming a better developer. That honestly may not be for everyone, and you don't have to take my approach. I have such a passion for creating things programming is my outlet. Time seems to stand still when I'm problem-solving and creating.

After a few solid months I had really built up my skill set. After learning to become resourceful and how to put together websites and make small apps, I decided that it was time. I could not stand my job in sales. I needed a way out. About a year and a half after dropping out of college for the second time, it was time for me to see if I could make the switch. Countless early mornings and late nights of teaching myself how to code through all kinds of tutorials and youtube videos and books. I decided to get my feelers out into the job market to see if I was qualified.

I touched up my resume and my portfolio and I applied to 5 places. To my surprise, I landed an interview within a few hours. Things were moving in the right direction!

At the interview, I was asked a ton of questions about all of these technologies that I didn't really know about. I reiterated to the interviewer that though I didn't know them at the moment, I would work day and night to become familiar with them. I got a couple of 'uh-huhs' as they ushered me to the door explaining how they 'might be in touch'.

Let's be real. I had no chance at getting that job. I just wasn't ready yet, and frankly they should've never brought me in in the first place. In any event, I was still pretty discouraged as I figured this was my chance to finally get out of my dreaded sales job.

Sure enough, the next day I had received a call to schedule another interview at an agency which was only a short 2 hour drive from my house. I figured, what's worse - continuing to work at a job I hate, or rolling the dice and seeing what the company has to offer?

On my way to the interview, about 30 minutes in to the drive, I hit a ton of traffic. I was probably about 30 seconds from turning my car around but for some reason I waited it out and kept going.

The interview was for a front-end web developer who had a strong portfolio and solid experience with WordPress. This was me to a 't'. This position fit my skilset perfectly. If only it was closer to home!

The interview went great, which I thought to be unfortunate at the time because I told myself that it was ultimately too far for me to make it work. On my drive back home, they had called and offered me the job. Wow. Now things starting to become interesting.

I somehow had to make this work. I could not go back to sales. I responded to the hiring manager telling them that I unfortunately wouldn't be able to make it work as it was just too far and the mileage on my leased vehicle wouldn't allow it. I could, however, work from home.

To my surprise, they had came back with a slightly better offer, and told me I'd be able to work from home for 3 months while I figured out the logistics of how I could move within a reasonable distance to the office.

I couldn't believe it. Here was my golden ticket out of sales. It was the best day ever. I accepted the position almost immediately after I received their last email, and it's safe to say that the rest is history.

Credit Where It's Due

I will say. I've gotta give a ton of credit to my dude Gary Vaynerchuk. I've always been a pretty motivated person, but I would always seem to find some excuse to fall back on. I started listening to this dudes podcasts, and man, he just tells it like it is. If you hate your job, then quit. If you hate it that damn bad, then just quit. Find something else. No one will do it for you.

The in-your-face style of Gary Vee was what actually got me to start taking action, and holding myself accountable. I'd be foolish to at least not give him a shout out.

If you want something, then take what's yours.

Get the latest posts delivered right to your inbox 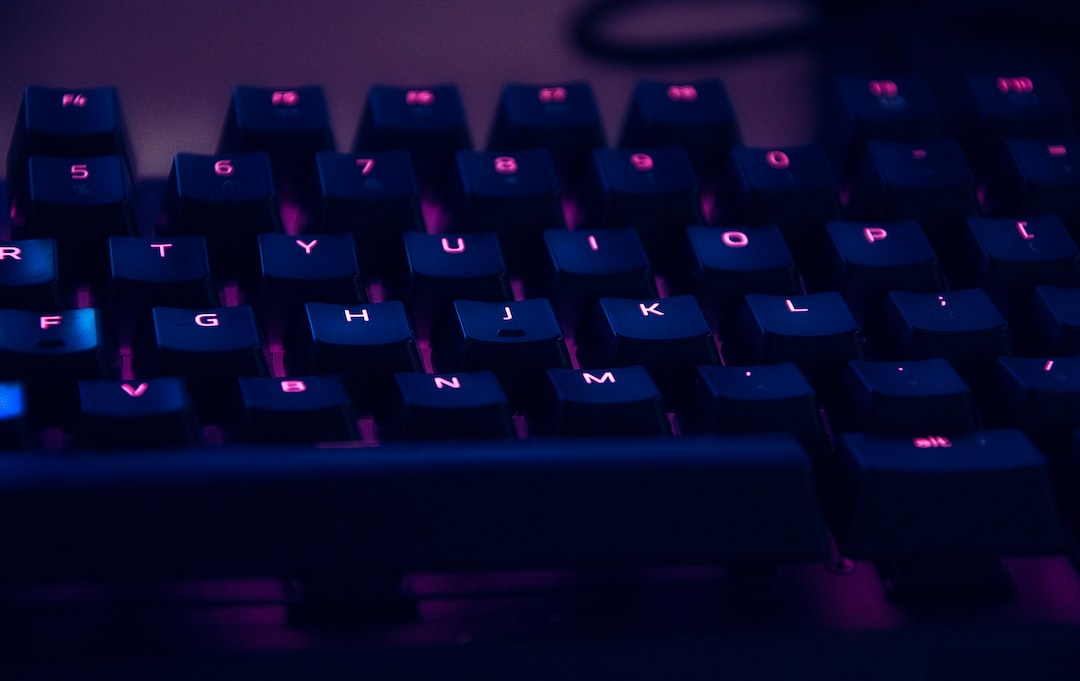 Learn how to use the extremely useful JavaScript Array.push() method which allows for adding one or more element to the end of an array and returns the new length. 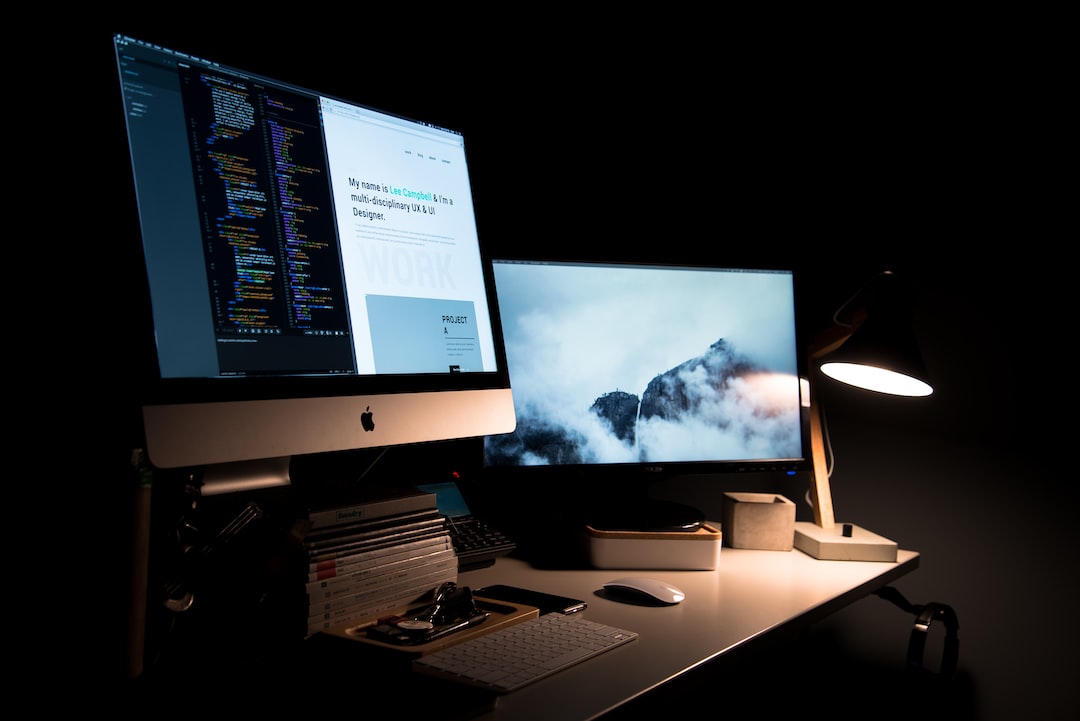 Learn the ins-and-outs of how creating a great User Interface ultimately ties into an awesome overall User Experience. Learn how to use the Google Chrome Inspector to grab styles and adjust them on the fly!